A successful final conference of the Comenius project took place in Budapest on the 11th and 12th of February 2016. The project “Common European Framework of Reference for Visual Literacy: CEFR_VL” originated from the 2012/13 ENViL network. It was financially supported by the European Union since 2014 and found its conclusion in this meeting. More than 30 international experts and 60 Hungarian teachers came to the meeting that had been wonderfully prepared by Gabriella Pataky. They experienced an intense day of ideas and inspiration.

After the welcome, initially Ernst Wagner presented the main contents of the project. He emphasized that the now presented prototype of the reference frame is a tool and not a new regulation. It allows to determine and display the own specific approaches in comparison to a common reference point (the framework). This means, that it does not prescribe, but provides a useful tool. But – and this is so far unique in the history of our respective subjects in Europe – this framework of reference was drawn up in transnational European cooperation, and on the basis of an empirical survey of European curricula. The main results can be found on the coming website www.envil.eu. Moreover, they are presented in detail in a book, which will be released in June 2016 Waxmann (Münster / New York). Diederik Schönau from the Netherlands gave an inspiring insight into this same book later on.

After this introduction to the framework of reference, four renowned international experts had their say. They had been asked to deliver a detailed comment on the framework. Bernard Darras, professor of semiotics at the Sorbonne, Paris, opened the series of talks. He suggested in particular that the partial competencies listed in alphabetical order, should be organized systematically, stressing especially the concept of networking as understood in the media studies stronger. Moreover, he stressed the importance of the unconscious in the competencies listed in the framework. And he concluded with a warning: The term literacy in the title “Visual Literacy” incorporates a threat. The paradigm of language becomes too dominant; images would thus become “text” that would be “read”. This would yet again unwittingly strengthen the dominance of language in society, but above all its dominance in the school system.

Victoria Pavlou, Member of the European Regional Councils of InSEA who teaches in Nicosia, Cyprus at the Frederick University, was the second expert, who was invited to comment on the framework of reference. In her contribution she especially put forth the relationship with the “big concepts” such as the European Key Competences or the OECD 21st Century Skills and stressed the need to position oneself in relation to such concepts. As the biggest strengths of ENViL’s approach she identified the level scales and the use of a situational approach. Besides a number of very specific instructions for further work she concluded by stressing that it is necessary now:

– to implement the CEFR_VL in European countries,

– to translate it into different languages,

– to develop guidelines for the use of CEFR_VL

– as well as to validate the framework through empirical data.

The third contribution came from Martina Paatela-Nieminen (Finland), member of the World Council InSEA 2014-17, who teaches in Helsinki in the Department of Teacher Education. In her talk she first pointed out as particularly positive fact that the CEFR_VL is based on empirical research and that all the examples and especially the situations came from the “modern world”. Her suggestions went towards greater stringency in the concepts and a better justification of the concepts from the literature. She handed over the script with a very constructive and detailed feedback on the individual passages to the project management, who – just before the final editing of the publication – showed themselves very grateful.

Kevin Tavin (USA), currently Professor of International Art Education at the Aalto University in Helsinki, completed the round of international experts. He stressed – like Darras – the necessity of a fundamental critical reflection of the overall approach. For example, the approach failed to show if the concept of Visual Literacy is actually necessary or even really a concept, since Multimodality is a key aspect of all imagery. In a clear analysis he pointed out, that in the present text of the reference frame latent idealist and humanist values ​​are embedded, which would not have been made clear as such. From such basic problematizing he argued – in the sense of an ideology critical position – for an open approach to the competence formulations, especially since their logical order is not mandatory. Especially a greater recognition of contemporary art could help to better see the blind spots of the concept and to get a grip on them.

We will publish the basic considerations and suggestions of the four commentators in an appropriate form, the proposals for specific changes in the texts are being reviewed and possibly incorporated. However the board could not follow the proposal to abandon the concept of Visual Literacy in the publication of the framework.

In the third part, members of the Comenius informed the audience about their work under the title “The CEFR_VL goes to school: new methodologies, educational situations, assignments and assessment methods”. Diederik Schönau, Carl-Peter Buschkühle, Franz Billmayer, Gabriella Pataky and Folkert Haanstra presented their results. Two issues were a matter of priority: How can competence-oriented assignments be phrased? And how can such tasks be used to diagnose achieved competencies? After the rather theory-heavy midsection especially the teachers present were grateful for this part, since the benefits of the framework for use in everyday teaching was most clearly visible and comprehensible. 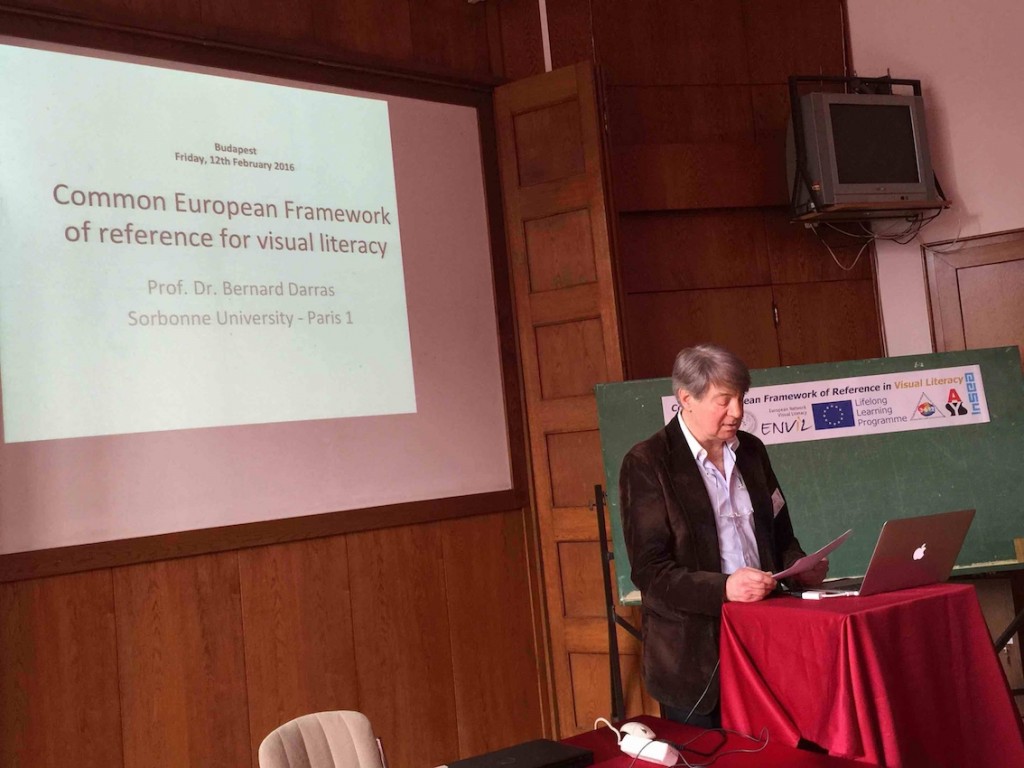 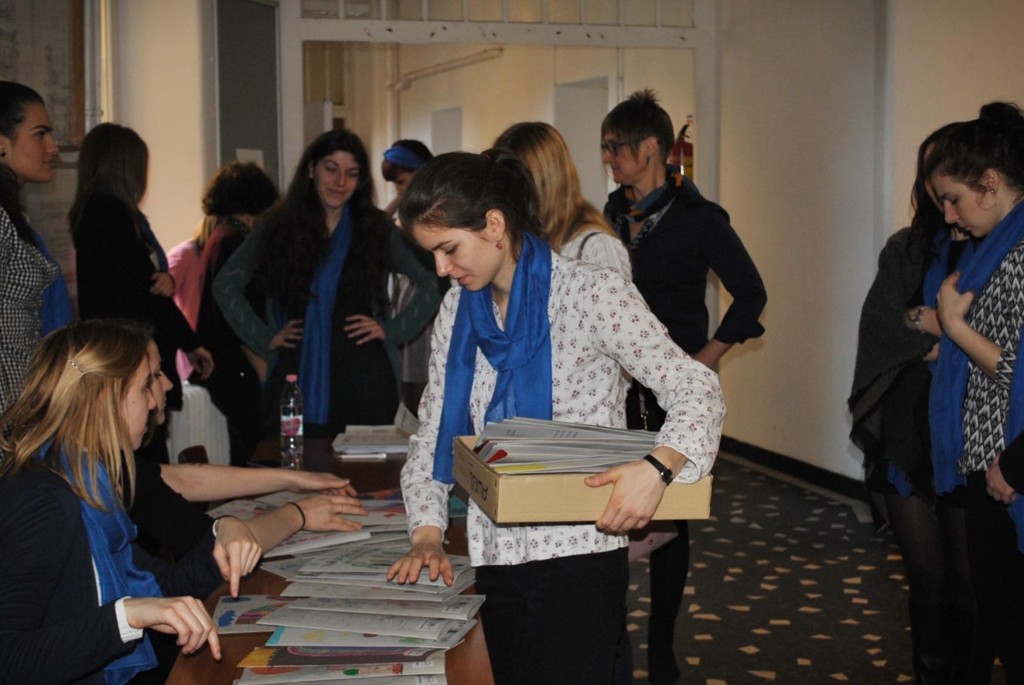 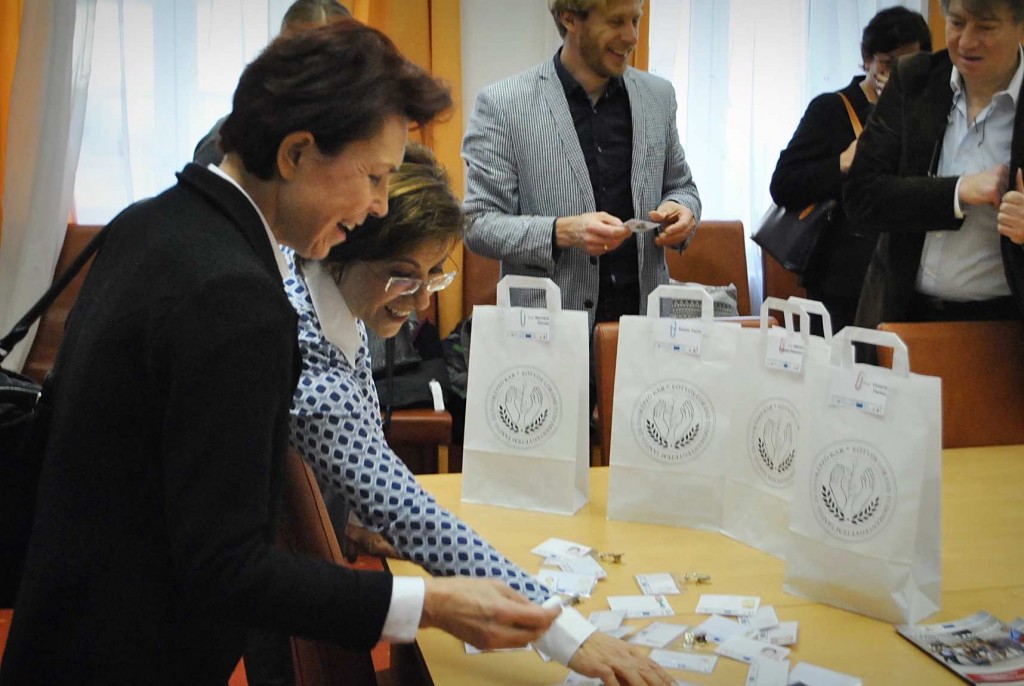 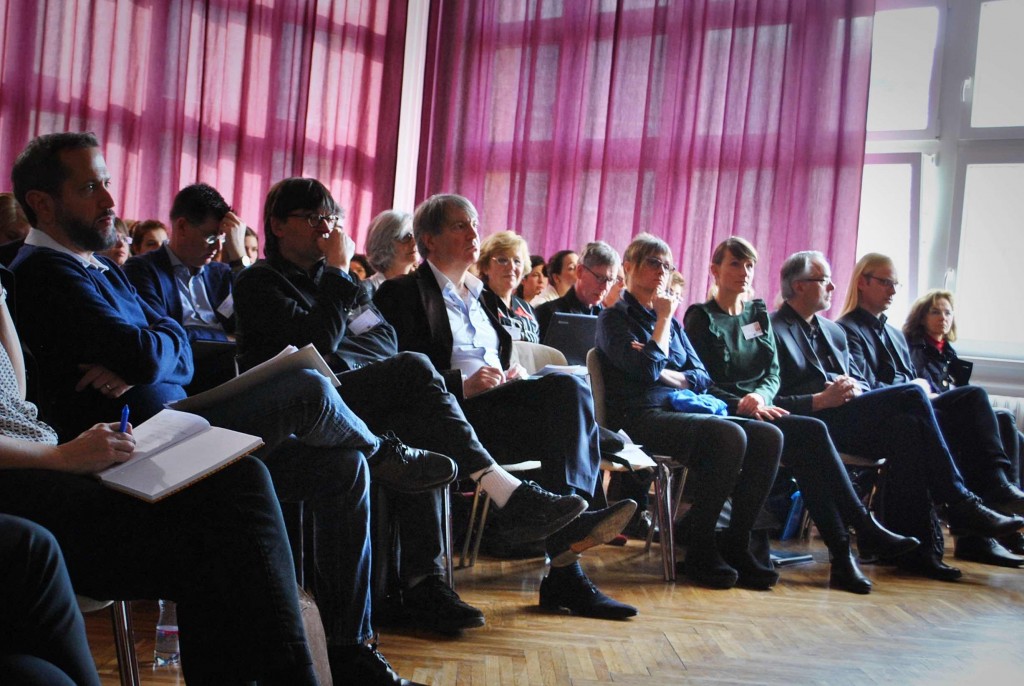 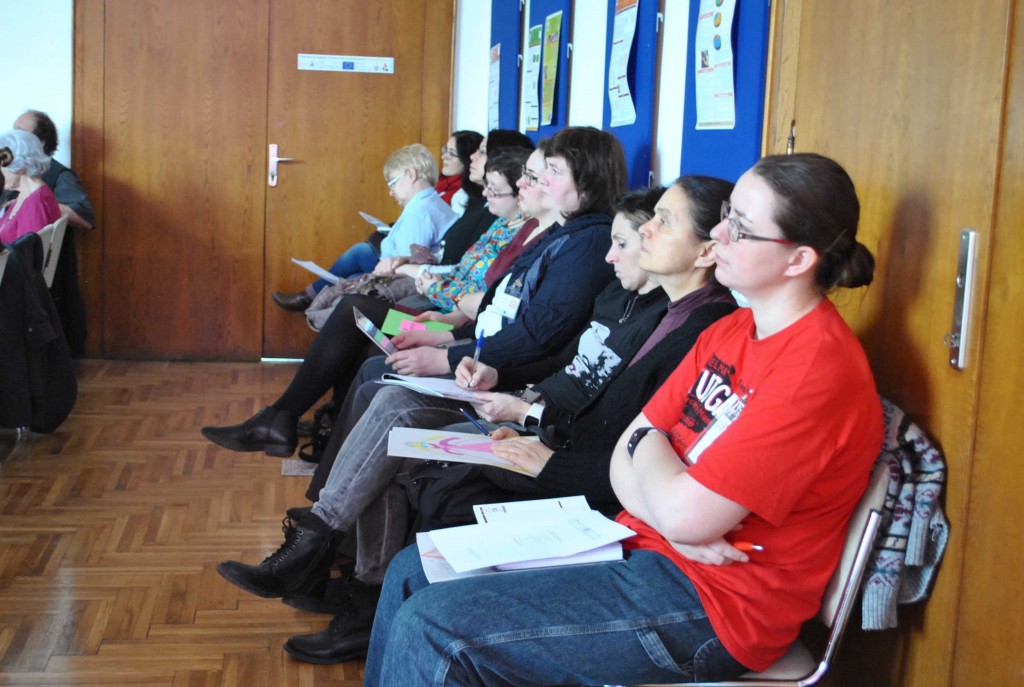 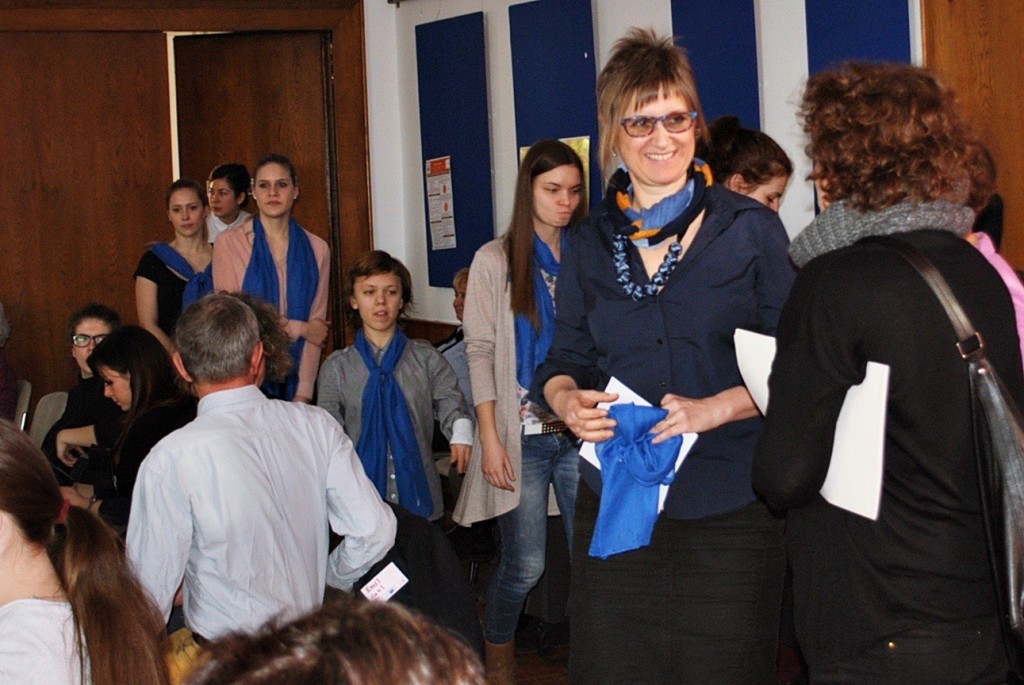 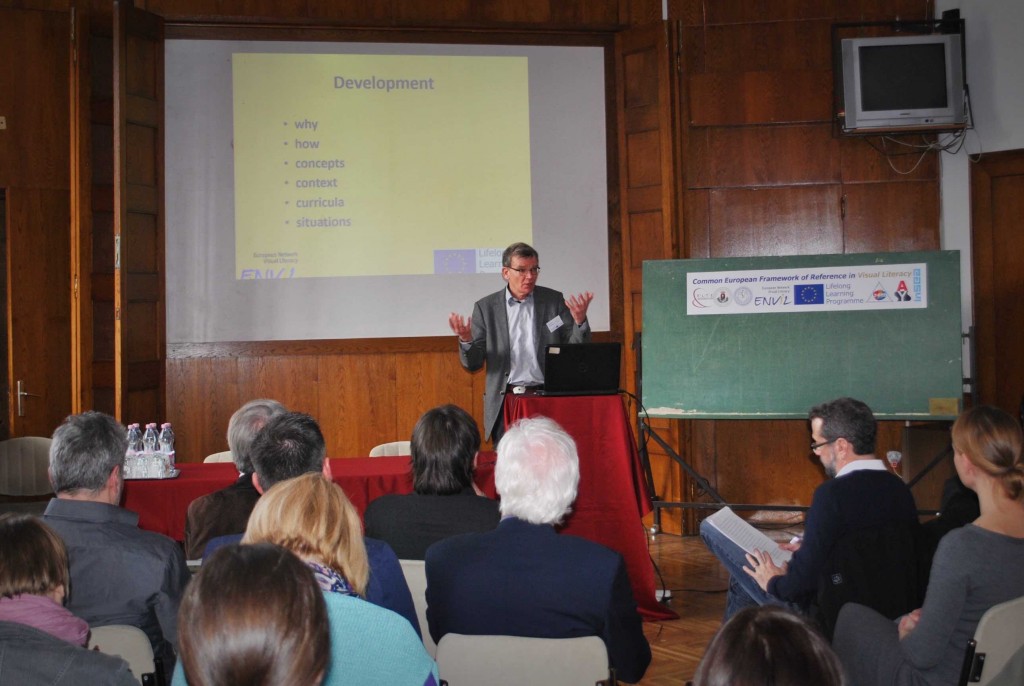 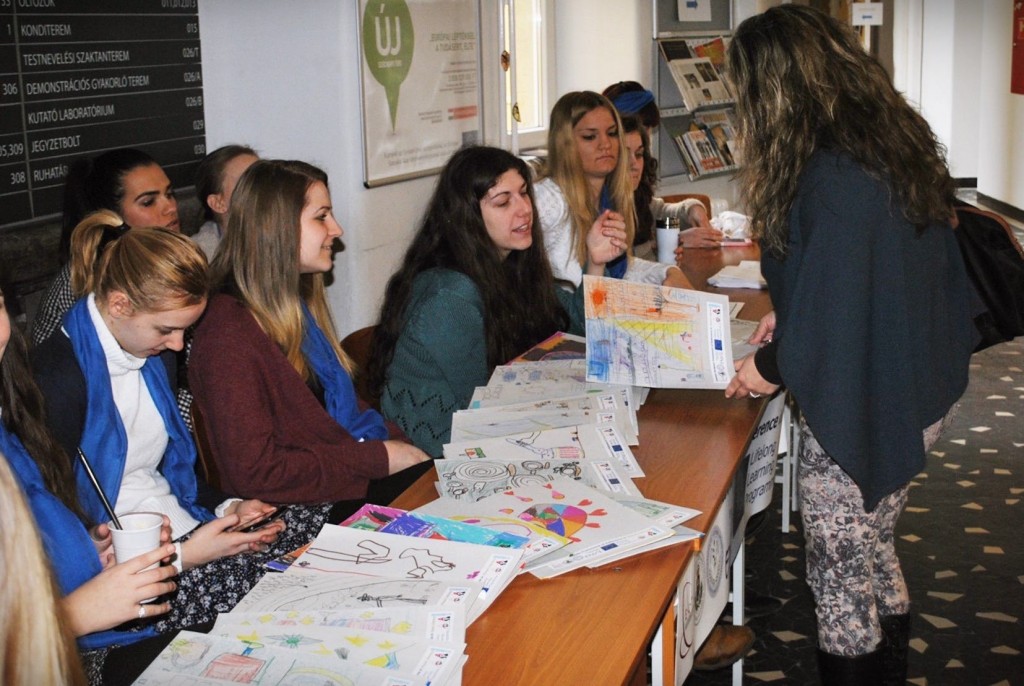 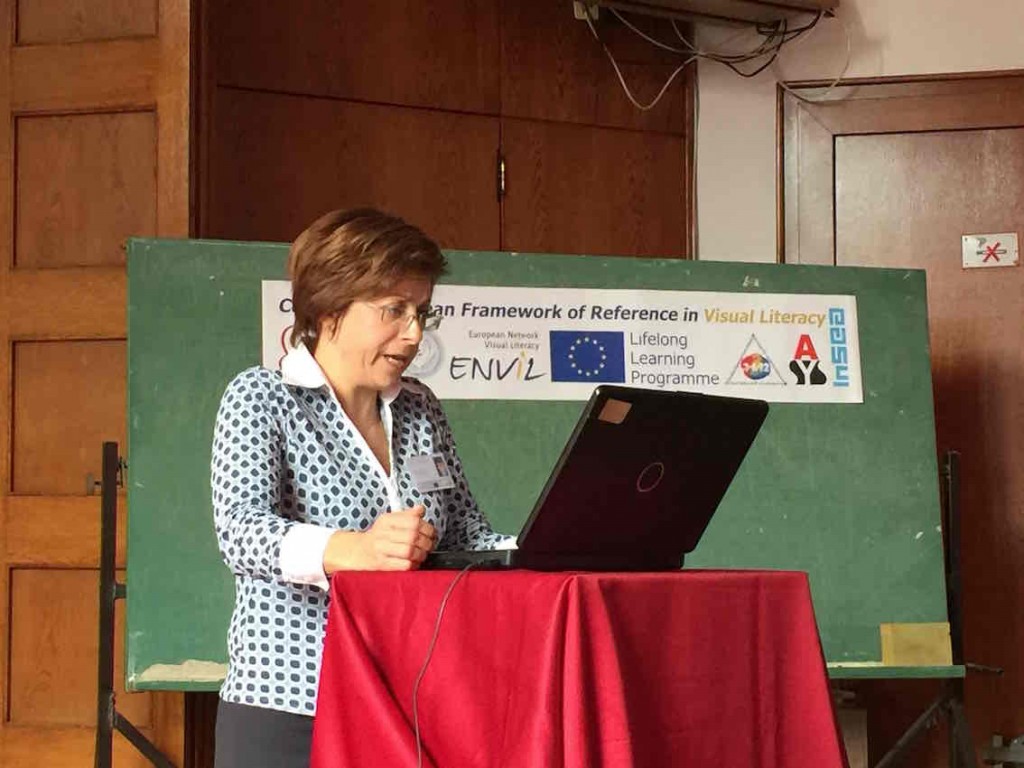 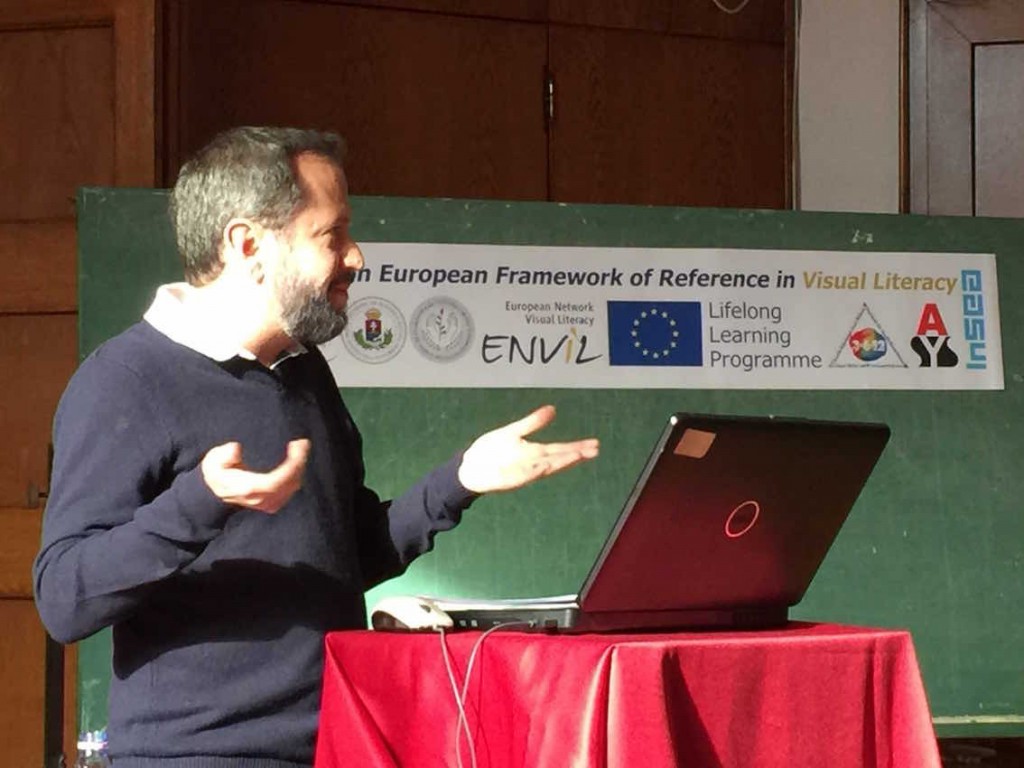 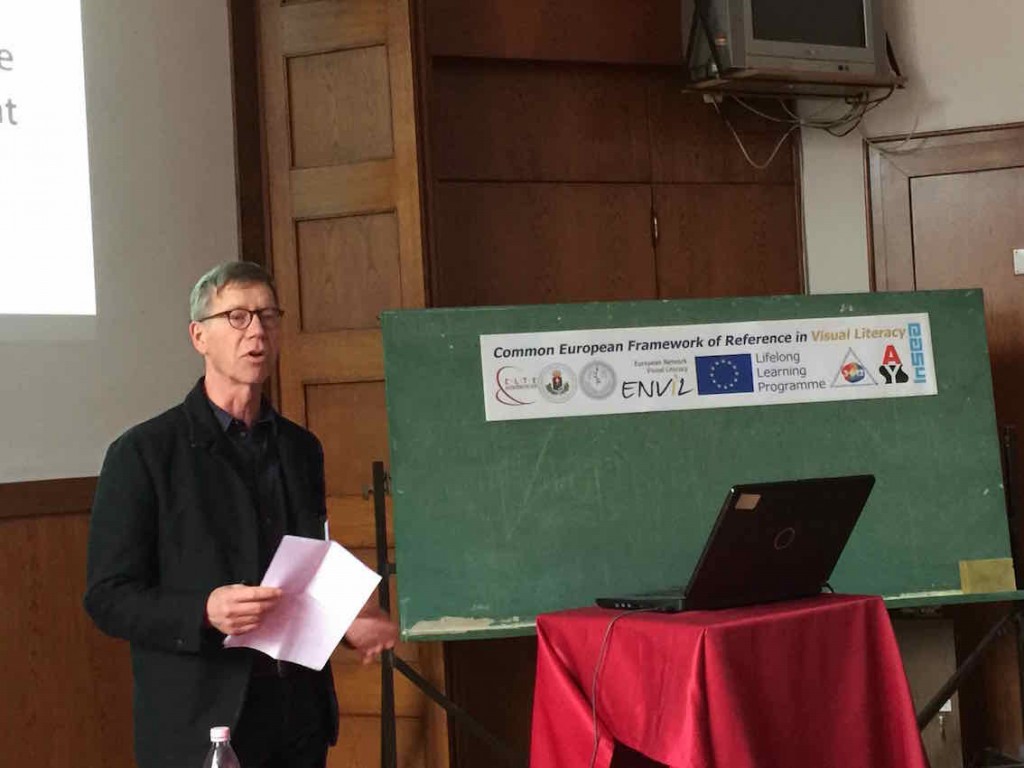 With the completion of the EU funded project in Budapest the question of how it will go on with the network and the acquired results arouse. To prepare this discussion, we had included a questionnaire into the last newsletter. It should query interests and the willingness to actively participate. The response was extremely encouraging with 18 positive reports from the immediately active core group of the Comenius consortium and another 44 positive reports from those of the ENViL context.

Due to this great interest, the complete existing Board has agreed to continue for the next two years: Franz Billmayer (Austria), Folkert Haanstra (Netherlands), Gabriella Pataky (Hungary), Ernst Wagner and Kati Zapp (Germany). The circle is expanded by Christiane Herth (France), which will also take on the role as coordinator and spokesman of the board from May on.